“un deux”, the patisserie for naturalist nutritious sweets, rooted in the community

Walk a few minutes east along Kiyosubashi Avenue from Kiyosumi Shirakawa Station. un deux is there, on the first floor of the East Commons Kiyosumi Shirakawa Front Tower, on the near right corner of the Mitsume crossroad. The area is home to the Museum of Contemporary Art Tokyo, one of the largest museums in Japan, and numerous cafes. The surroundings have friendly atmosphere of an old commercial neighborhood, as well as a lively mix of history, culture, and arts. The patisserie un deux, the subject of this article, attracts many fans with its themed confectioneries. Examples include gluten-free naturalist nutritious sweets that use rice bran, and the “un deux Miaou” cute cat-shaped cakes. I talked to Ms. Nakajima, the owner.

What’s the story behind the name “un deux”?


That goes back when I was working in an office while studying in a French patisserie school in Daikanyama. That time led to me creating this patisserie, but I didn’t draw up a big vision for it. I just planned to move forward a step at a time, one, two, one, two, which is “un deux” in French, so I made that the name.

Did you have any particular goal that led you to put your patisserie here?


I moved here, to Kiyosumi, in 2005. Highrise condos were just starting to spring up, boosting the local population, there were temples and Kiba Park in a beautiful environment, with the district surrounded by greenery and rivers. The Museum of Contemporary Art is here, it’s an old trading town which also has the scent of art, and a very unique and appealing culture. I chose this area because I wanted to make a well-loved shop in a neighborhood like this.

Why are you getting so much attention for sweets which use rice bran?


Around 2012, I started making low-sugar cakes to order, and there was a lot of interest in healthful diets. An acquaintance introduced me to rice bran as an ingredient, and that was the start of it. Rice bran is often just discarded as waste, but I knew that it’s actually a highly nutritious Japanese superfood, so I wanted to develop sweets that would let many more people eat it.

What was the reaction to gluten-free naturalist nutritious sweets?


People seemed to be very interested, and we got a lot of inquiries. We were recently featured in Nikkei MJ, among others. The thing that makes me the happiest is that people try the sweets and say they’re delicious even though they’re healthy.

Cate-shaped cakes are irresistible for cat-lovers, and “un deux MIAOU” is quite a unique name. Was that your idea?


Thank you. I have two cats, so I really love cats. There are lots of cat cakes, so when I created these, I wanted to make stylish cakes with an edgy design. Miaou is how people write the voice of a cat in French.

What are your ambitions for the future?


I’ve started an e-commerce site to go with the development of Sonderiz and Miaou and the rest, so I want people to enjoy un deux cakes more widely, not just in the local area.

un deux is producing a wide range of highly original sweets. How about making this your starting point for rediscovering the deep and long-lasting appeal of Shirakawa? 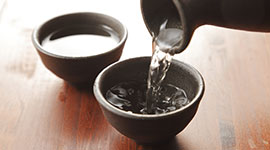 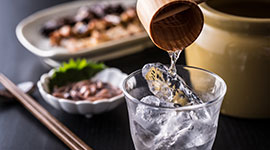